HOTEL and luxury travel operator Belmond has announced plans to launch a luxury train which will tour the Republic of Ireland and Northern Ireland from mid-2016. 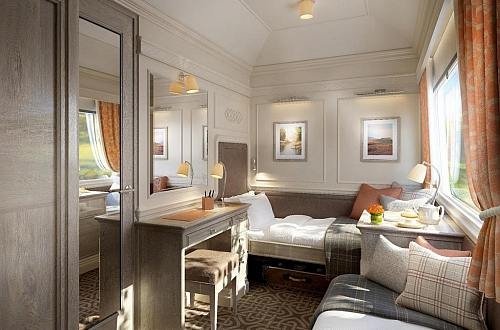 Belmond has acquired 10 Mk3 coaches from Irish Rail (IE), which will be converted into a luxury sleeper train by IE at its Inchicore workshops in Dublin. The Belmond Grand Hibernian will be formed of two restaurant cars, an observation car and sleeper cars accommodating up to 40 passengers in 20 en-suite cabins. Four cabins will be interconnected to accommodate families.

Interior design is being carried out by James Park Associates, Britain, and Belmond says it is seeking to "draw inspiration from Dublin's classic Georgian architecture and blend it with elements of Ireland's ancient folklore and traditions."

IE will provide traction and servicing for the train, which will be based in Dublin.