BOSNIA's Srpske Republic Railways (ŽRS) has issued an urgent international request for assistance following severe flood damage caused by heavy rain, which has affected much of the Balkans over the last week. 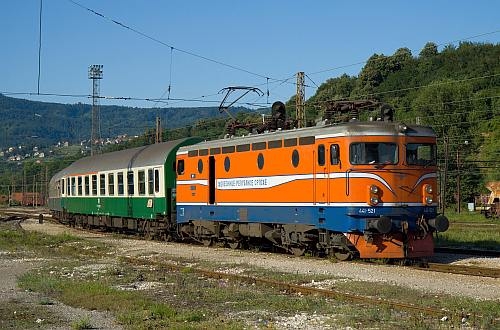 At least 43 people have died and tens of thousands of people have been forced to leave their homes after the worst floods to hit the region for a century.

"Although many railway workers lost their property, everyone who was able to reach their workplace has come to save our railways," says Mr Dragan Savanović, CEO and chairman of ŽRS. "Being a very small railway, but very significant to our country's economy, we are not in a position independently to fully restore the damage incurred. We hereby ask our colleagues and railway administrations across the world for solidarity and help so we can re-establish railway transport as soon as possible."

Flooding has caused widespread damage to infrastructure and equipment and numerous facilities are unserviceable.