BRITAIN’s secretary of state for transport, Mr Chris Grayling, announced on September 20 that the government will launch a comprehensive review of the structure of Britain’s railways. 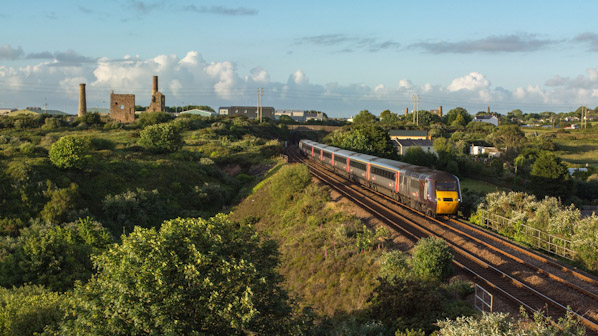 Tendering for the Cross Country franchise has been suspended pending the outcome of the review.
Photo Credit: Keith Barrow

Billed by the Department for Transport (DfT) as the most significant structural assessment of Britain’s railways since privatisation in the mid-1990s, the review will “analyse all aspects of the industry, alongside the country’s changing travel and work patterns,” while considering how track and train can be integrated more closely.
The review, which will be led by British Airways chief executive Mr Keith Williams, will focus on three key areas:
• leveraging the commercial model to ensure improved services for passengers and taxpayers, and more effectively balance public and private sector involvement
• the roles and structures of all parts of the industry, looking at how they can work together more effectively to reduce fragmentation, improve passenger services and increase accountability, and
• how the railway can support a fares system that delivers value for money for passengers and taxpayers; and improved industrial relations to maintain performance for passengers.
The government will publish a white paper on the review’s recommendations with the aim of implementing reforms from 2020 onwards.
The review is being launched ahead of an interim report by Professor Stephen Glaister into the timetabling chaos which hit London’s north-south Thameslink network and the Northern franchise this summer. It also comes in the wake of the collapse of the Inter-City East Coast franchise, blame for which was squarely apportioned to the DfT and the franchisee in a recent report by the House of Commons Transport Select Committee.

The DfT has also confirmed that it is suspending the tendering process for the new Cross Country franchise because “awarding this franchise in 2019 could impact the review’s conclusions.” Arriva will continue to operate the franchise with longer-term options being considered when the conclusions of the review are known.