BRITAIN's secretary of state for transport Mr Patrick McLoughlin today unveiled a revised timetable for rail franchises, which sets out how and when contracts will be tendered over the next eight years. 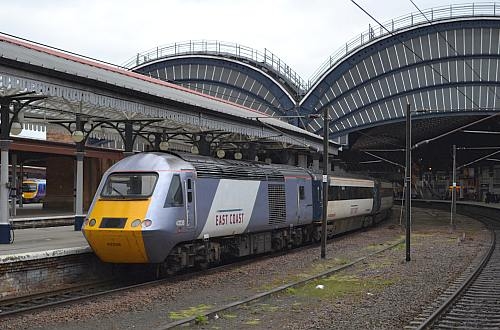 East Coast will be the first franchise to be tendered under the revised schedule.

The government has also confirmed that the Inter-City East Coast (ICEC) franchise, currently operated by the Department for Transport (DfT) through Directly Operated Railways as a management contract, will return to the private sector by 2015, shortly before the next general election.

The new schedule is being issued in response to the franchising review led by Eurostar chairman Mr Richard Brown, which uncovered serious failings in the DfT's franchise procurement processes following the Inter-City West Coast fiasco.

The DfT describes the new timetable as "more sustainable," with a maximum of 3-4 franchises being tendered each year and staggering of the two principal long-distance franchises, East Coast and West Coast, so they will not be let a the same point in the economic cycle.

This means a number of franchises will need to be extended to spread the start dates of the new franchises. The government confirmed today that it will award six-month extensions to First Capital Connect and Southeastern, exercising options within the existing contracts. The DfT is also negotiating an interim franchise agreement with FirstGroup for the Great Western franchise.

According to the DfT, franchise duration will be determined by the circumstances and size of each franchise, and it will adopt the Brown Review's recommendation of a 7-10 year initial term for most franchises with an option for a 3-5 year extension, based on performance during the initial term.

McLoughlin also confirmed that procurement has resumed on two franchises which have already passed the prequalification stage. An updated invitation to tender for the Essex Thameside franchise will be issued in July with the aim of awarding a contract by April 2014. An invitation to tender will be issued for the Thameslink, Southern, and Great Northern (TSGN) in September and a contract is due to be signed by May 2014. This will be a management contract because the winning bidder will have to contend with significant operation upheaval during the latter stages of the Thameslink project. Likewise, the Great Western franchise, which is due to be awarded in 2016, will also be a management contract due to the upgrading of the route.

ICEC will be the first franchise to be tendered under the new procurement timetable, with an invitation to tender expected next February.