BRITISH open-access operators Grand Central and Hull Trains have announced the suspension of services in response to a third national coronavirus lockdown, which commenced on January 5, as franchise operators continue to operate reduced timetables. 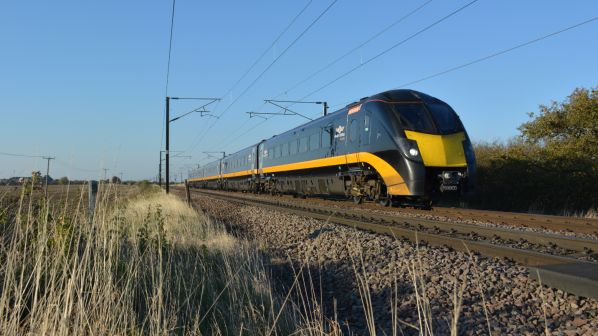 Grand Central, which is owned by German Rail (DB) subsidiary Arriva, and operates trains between London King’s Cross, Bradford and Sunderland, will suspend all remaining services in January and February from January 9. The operator currently plans to resume operation on March 1.

The company says it will continue to accept bookings for after the planned restoration of services and will monitor the national situation with a view to restoring services sooner if restrictions permit.

“It’s hugely disappointing for us to be starting 2021 by removing our trains from the communities they serve,” a Grand Central spokesperson said. “However, even before Monday’s government announcement of a total lockdown, the impact of tightening tier restrictions and ongoing engineering work on the East Coast Main Line had caused a major drop in passenger demand for January and February.”

Hull Trains, which operates services between London King’s Cross, Hull and Beverley and has also announced that it will suspend all services from January 9. However, it has not stated when it expects to restore operation.

“We are again in a position where it is the right decision for the business to temporarily suspend all our direct rail services to London,” says Ms Louise Cheeseman, managing director of Hull Trains. “The travel restrictions impact our income from ticket sales, so hibernating allows us to protect the business for longer so we can return as a sustainable rail operator once restrictions ease.”

Like Grand Central, Hull Trains also says it will review the situation as it evolves.

Ticket sales are central to the income of both operators. Unlike franchise operators, open-access rail companies are not entitled to additional support from the government through the Emergency Recovery Management Agreements (ERMAs), which came into force on September 20.

Both operators were forced to suspend services during the two previous lockdowns announced in March and November, and have been running a reduced timetable in the intervening periods.

Most staff at both operators will be subscribed onto the government’s employment furlough support scheme during the hibernation period.

The government is currently consulting with franchise operators to negotiate reductions in services following the lockdown to reduce further losses from the British network.

Rail operation in England was effectively nationalised following the introduction of the ERMAs, with the taxpayer now making up shortfalls in revenue estimated at around £900m a month. The Wales and Borders franchise was also nationalised by the Welsh government in October under its operator of last resort.

The new lockdown is expected to reduce passenger demand to levels similar to the first lockdown in March 2020, where passenger numbers reduced to as little as 4% of pre-Covid levels.

“We will work with operators in the coming days to assess the right level of service provision as we have done throughout the pandemic,” says a spokesperson for the Department for Transport. “While we cannot predict the long-term effect of Covid-19 on travel patterns, it is critical that we ensure the railway can respond quickly to changes in passenger demand whilst supporting economic recovery.”

The Rail Delivery Group (RDG), which represents rail operators and British infrastructure manager Network Rail, has confirmed that it is currently working with the government to ensure the continuation of services. It notes that despite multiple disruptions due to the pandemic, the number of services has increased from around 55% of pre-Covid levels in April to around 87% in December.

“Rail companies played an important role in keeping key workers moving and supermarkets stocked during last year’s lockdowns,” says Mr Robert Nisbet, director for nations and regions for RDG. “We are working closely with government to ensure we run the right level of services to do so again. By increasing cleaning and providing better customer information, our people are ensuring that those who must travel can do so with confidence.”

One operator, Great Western Railway (GWR), has announced that it will continue to operate under a reduced timetable due to the new national lockdown.

GWR introduced the amended timetable in late December in response to lower passenger demand and reduced staff due to the tightening of the previous tier-based coronavirus restrictions. This timetable will continue, with some alterations from January 11, offering approximately 80% of the regular timetable.

Services between London Paddington, Bristol Temple Meads, Plymouth and South Wales will run hourly, with connections to other trains available. Services on regional branch lines will similarly operate to a revised timetable. GWR say a full version of the altered timetable will be published shortly.

Tickets for services which are no longer available will be refunded. In 2020, approximately £500m of tickets were refunded by British rail operators due to the pandemic.

“We have taken some sensible measures to make sure that we are able to run a service that can be relied upon at this time, and that means reducing our timetable a little to shore up the large number of services we continue to operate,” says Mr Mark Hopwood, GWR’s managing director. “This is vital to helping key workers to get to work so they can continue to provide services critical to the day-to-day running of the country.”