BRITAIN’S Office of Rail and Road (ORR) has called for infrastructure manager Network Rail (NR) to spend more on reliability and safety over the next five years, including an extra £1bn to replace worn-out assets. 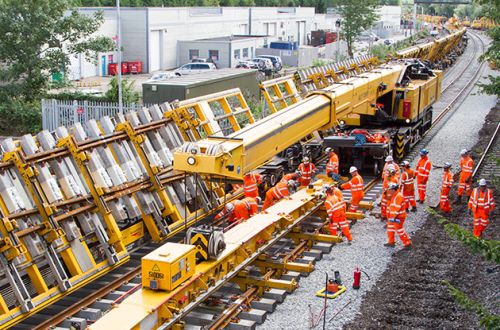 The suggestion is part of the British rail regulator’s initial view on NR’s five-year plan to spend more than £34bn, including £30bn in England and Wales and £4bn in Scotland, between 2019 and 2024 during Control Period 6 (CP6).

“Railway performance has failed many passengers in recent months,” says ORR in a statement.

“Strong planning is central to improving NR’s performance and therefore the service passengers receive. NR’s route-based plans are better than the plans for the previous five years and provide a foundation for improvement which passengers and freight customers rightly demand.”

ORR identified greater scope for NR to do more than it proposed to boost reliability and safety for both passengers and freight customers, including delivering around £1bn of additional renewals work to replace worn out assets funded through changes including greater efficiency and other savings, which will bring the total renewals budget to £18bn across Britain.

It also suggested including an extra £80m for additional safety-related expenditure on level crossings and worker safety initiatives, as well as reallocating £900m of the £1.7bn England and Wales funding, currently held centrally to manage financial risks, to NR’s routes so that they could develop their own plans to spend the money efficiently.

“ORR’s initial assessment of NR’s five-year plans shows that the transition from a centrally-run company to one structured around eight geographic routes has improved the quality of the plans but we want to see £1bn more spent on renewing the railway to improve reliability and boost safety.

“ORR will be monitoring and enforcing delivery by each of the routes, so that passengers and freight customers will be able to rely on the railway for the essential service it provides.”

NR chief executive Mr Mark Carne says the draft determination is an important step in the process to finalise its plans to deliver a safe, reliable, improving and growing railway in the five years to 2024.

“We welcome the regulator’s general support for our plans for Britain’s railways, delivering a more reliable service that passengers can rely on,” he says.

“It has accepted the majority of our plans, strongly supporting the changes we have been making including our focus on bringing track and train closer together, supporting devolution, the creation of the System Operator and incorporating customer-focused scorecards into its monitoring during CP6.

“We will consider the detail carefully over the coming months as there are still some areas of concern that we will need to work with ORR on before it publishes its final determination in October.”