A new rail link between the southeast and northeast of Brussels opened on April 4, when passenger services began using the 1.25km Schuman-Josaphat tunnel, which connects Schuman station on the Brussels - Namur line in the city's European quarter with the Halle - Vilvoorde line south of Meiser station. 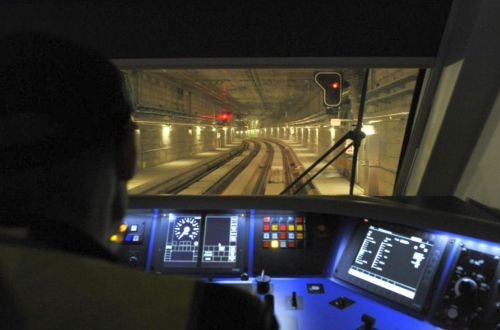 The €537m link will enable the extension of services from Namur and Charleroi to Brussels Airport without adding to congestion on the main north-south line through the city, although the airport station is currently closed due to the terrorist attack on the terminal on March 22.

The tunnel will reduce the journey time between Schuman and the airport from more than half an hour to 16 minutes and improve rail links between the European quarter and surrounding towns and cities. It is also used by Brussels RER Line S5 (Grammont - Mechelen) and S9 (Braine l'Alleud - Leuven) services.

Construction began in June 2008 and tracklaying started in 2014. The project included the reconstruction of Schuman station as a three-level multimodal hub for mainline, metro and bus services.