Budapest - Belgrade reconstruction contract to be awarded in May

THE Hungarian government has selected a contractor to rebuild the Hungarian section of the Budapest - Belgrade main line. 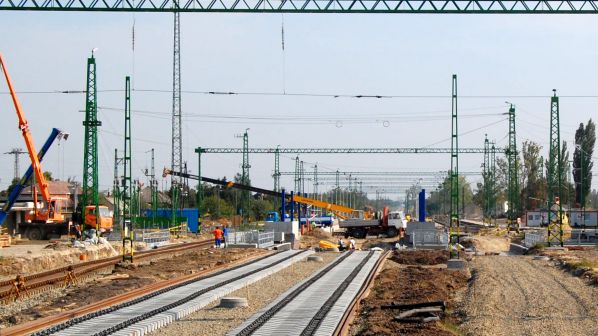 The contract to upgrade the 150km line between Soroksár in the south of Budapest and the Hungary-Serbia border at Kelebia is due to be signed by May 25.

Although the government ordered the launch of a new tendering procedure in January that due to increasing costs, no new call for bids was announced.

The contract will be conditional and is due to take effect when financing terms with the Eximbank of China are finalised.

Two consortia, both including Chinese construction companies, bid in the public tender to rebuild the Budapest - Belgrade line as a 160km/h double-track railway.

While the government has not officially confirmed the identity of the winner, leaked information indicates the contract will be awarded to a consortium including a newly-established Hungarian company, RM International (owned by Mr Lőrinc Mészáros) and the Hungarian subsidiaries of China Tiejiuju Engineering & Construction and China Railway Electrification Engineering Group.

Construction is now in full swing on the Serbian section of the Budapest - Belgrade route, with the Stara Pazova - Novi Sad line closed for reconstruction, but completion of the Hungarian stretch is not expected until 2023. The parallel Belgrade - Subotica line is also closed between Belgrade and Zrenjanin until December.