A ceremony was held at Grasse station in southern France on December 21 to mark the completion of a €39m upgrade of the 16.6km line from Cannes. 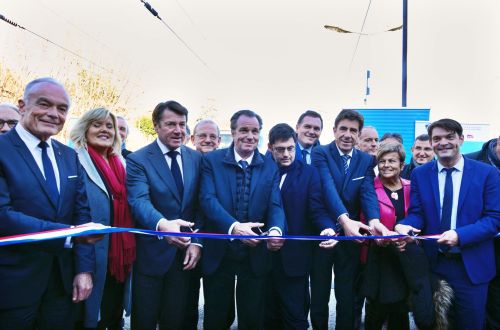 Infrastructure manager SNCF Network closed the line in December 2016 to carry out the works, which included track improvements and the construction of a passing loop at Le Bosquet station. This has enabled frequencies to be doubled to half-hourly (38 trains per day).

The project included the extension of platforms to 220m to accommodate new Bombardier Régio 2N double-deck EMUs, which are now being used on services to Grasse.