Ceneri Base Tunnel opening delayed until 2020

ALPTRANSIT Gotthard confirmed on June 15 that Switzerland's 15.4km Ceneri Base Tunnel will not be commissioned until December 2020, a year later than previously scheduled, due to a dispute over tendering. 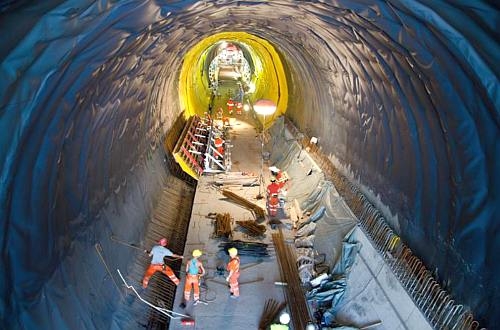 The delay means that it will not be possible to carry lorry semitrailers with a corner height of 4m from Basle to northern Italy via the Gotthard line until at least the end of 2020, four years after the opening of the Gotthard Base Tunnel.

AlpTransit says that in recent months it has worked with contractors to establish whether the planned completion date could be met. Following "intensive investigations" AlpTransit established that while a December 2019 opening date remains feasible, it believes meeting this target would result in unsustainable risks to the project.

"Despite considerable effort, there was a danger that we would fail to meet the commissioning deadline of 2019," says AlpTransit CEO Mr Renzo Simoni.

Tunnelling is proceeding well and the first bore was holed through in March, 13 months ahead of schedule.