A groundbreaking ceremony was held in the Swiss canton of Aargau on March 9 to mark the start of major construction works on the new Bözberg railway tunnel. 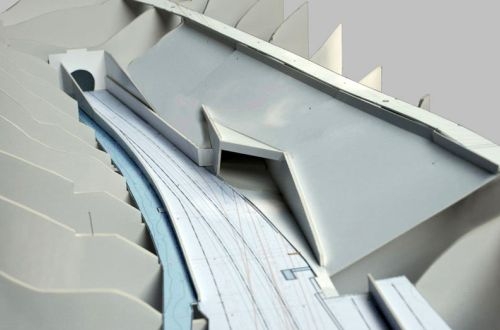 The SFr 350m ($US 350m) tunnel is a key element of a project to increase the loading gauge on the 270km Gotthard line between Basle and Chiasso to accommodate lorry semitrailers with a corner height of 4m.

In addition to the new Bözberg tunnel, which will run parallel to the existing bore between Effingen and Schinznach on the Basle - Zürich line, twelve other tunnels on the Gotthard route will be upgraded to accommodate 4m semitrailers. This has only been possible on the Lötschberg route until now.

The new double-track will replace the existing 2.7 km tunnel, which has been in service since 1875. Pre-construction work began in October 2015, and boring is scheduled to be completed by the end of 2017.

Following the opening of the new tunnel in 2020, the original tunnel will be retained and converted for use by technical and emergency services.