Construction starts on Semmering Base Tunnel 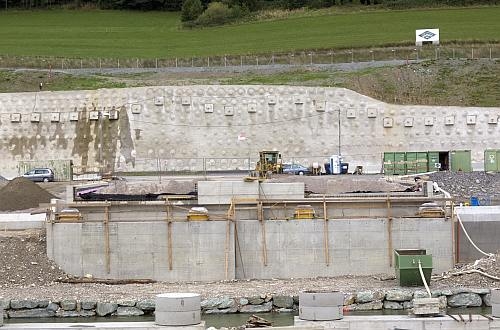 The tunnel between Mürzzuschlag and Gloggnitz on the Vienna – Villach/Graz main line is divided into three contract sections. The 13km central section is now under construction, and two TBMs have been launched in a pit at Fröschnitzgraben to excavate the parallel single-track bores.

The central section is being built by a joint venture of Swietelsky Tunnelbau and Implenia under a €623m contract. The second contract, which covers the 7km eastern (Gloggnitz) section of the tunnel is currently being tendered and construction will start at the beginning of 2015. Construction is expected to start on the remaining 7km western section in 2016.

The tunnel is due to open in 2024 and will reduce the Vienna – Graz journey time from 2h 30min to around two hours.