HUNGARY’s Infrastructure Development Agency has awarded a contract to carry out a feasibility study for the proposed Budapest - Warsaw high-speed line to NSV Varsó, a consortium of consultancy firm Trenecon and design companies Főmterv and Utiber. 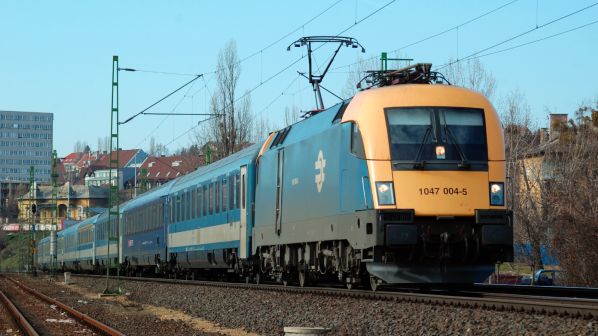 The tender for the study was launched after the Visegrád countries (Poland, Czech Republic, Slovakia and Hungary) signed an agreement at the V4 summit in October 2018 to develop proposals for the project.

According to the contract let, the feasibility study will cost Forints 1.14bn ($US 4m) and the final document must be submitted by the end 2022.

The scope of the work is to study route alternatives between the Hungarian and Polish capitals via Bratislava and Brno.

The Hungarian section needs to be studied in detail with proposed track geometry. The minimum line speed is 250km/h but options for 300km/h and 350km/h operation will also be examined.

The study will also consider how the new high-speed line might be integrated into the urban transport networks of major cities along the route.

The line would be constructed on a completely new alignment and should carry at least half a million passengers a year, with services operated by specially-designed high-speed trains.

The Hungarian government says that the V4 countries lack high-capacity north-south links and the high-speed line would eliminate a bottleneck in the region’s transport network.

The new railway would have a natural extension southward by means of the Budapest - Belgrade line, which is now being rebuilt for 160km/h operation in Hungary and 200km/h in Serbia.

In Poland, some trains on the 224km Central Trunk Line (CMK) from Warsaw to Zawiercie near Katowice already operate at 200km/h and Polish infrastructure manager PKP PLK announced in 2018 that it is planning to increase the maximum line speed to 230km/h, even though the CMK was originally designed for 250km/h operation.

Hungary and the Czech Republic have sections of upgraded lines where speeds 160km/h are possible while the maximum speed in Slovakia is 140km/h.

The new railway would be between 700 and 900km long and would cut the Budapest - Warsaw trip, which currently takes 10h 31min, to less than half (250 km/h) or even a third of current journey times (300 km/h or higher maximum speed).

The line will also make rail travel between the four countries competitive with air travel. The V4 countries hope that the European Union (EU) will provide financial support for the project. European Investment Bank (EIB) representatives were present at the October 2018 meeting where the initial decision to build the line was made.