CROATIAN infrastructure manager HŽ Infrastruktura signed contracts with two domestic consortia on April 29 for the upgrading of the 38.2km Dugo Selo - Križevci section of the line from Zagreb to Koprivnica and the border with Hungary near Gyékényes. 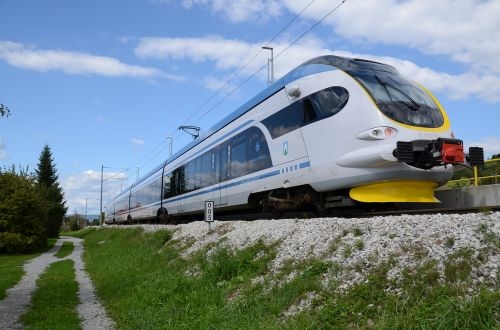 Under an agreement concluded with the Ministry of Maritme Affairs, Transport and Infrastructure in June 2015, the European Regional Development Fund will finance 85% of the €163.1m project cost with the remainder coming from the Croatian treasury.

The project will be implemented by a consortium of Dalekovod and Zagreb-Montaža, with a consortium of SGS Adriatica and Investinženjering providing construction supervision services.

The upgrade involves track-doubling, resignalling, and upgrading of track for 22.5 tonne axleloads as well as construction of six new bridges, reconstruction of seven existing bridges, modernisation of traction substations, and the elimination of 17 level crossings.

Works are due to begin in the summer and the project will be completed in the first half of 2020.