GERMAN open-access passenger operator Locomore announced on May 11 that it has filed for insolvency after revenues failed to increase in line with projections. 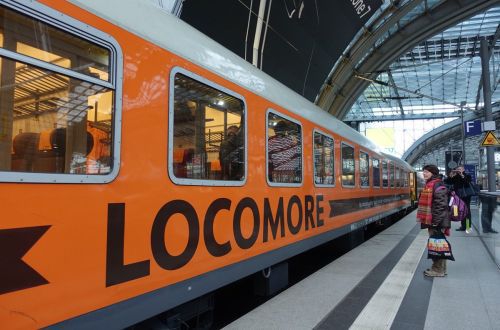 In a statement on the company’s website, Locomore said that ridership and revenue per passenger have grown continuously, “but not fast enough to be fully-cost effective.”

Locomore had been “extended negotiations with an investor, whose engagement had averted the insolvency,” but these talks ended without resolution on May 10.

With its financial reserves exhausted, Locomore has filed an insolvency application at the district court in Charlottenburg, Berlin and a provisional insolvency administrator has been appointed.

“The Locomore team continues to believe that the Locomore product enriches the long-distance market and hope that, together with the provisional insolvency administrator, we will be able to develop options for the continuation of Locomore,” the company said in a statement. “To this end, we are also intensively looking for investors. Initial discussions are already taking place.”
Locomore’s evening Berlin – Stuttgart service ran on May 11 and the company says it intends to operate the 18.18 Stuttgart – Berlin service on May 12, but online ticket sales have been suspended.

Locomore began operating a daily service between Berlin and Stuttgart last December after raising capital for the venture through a successful crowdfunding campaign, which generated €460,000 to cover start-up costs.