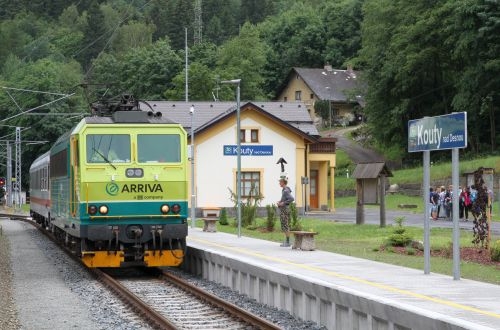 Following the start of electric services on June 12, Arriva, which operate services on the line, has hired a 1991-built class 162 electric locomotive from Czech private operator Regiojet and is using former German Rail (DB) inter-city coaches. However, some services remain DMU-operated as one loco is insufficient to operate all trains.

Arriva took over the contract to operate the line through its acquisition of Veolia Transport Central Europe in 2013.

The Koruna 418m ($US 17.3m) electrification project was funded by the Czech government. National infrastructure manager SŽDC electrified the line from Zábřeh na Moravě (on the Prague - Ostrava line) to Šumperk in 2010.