PASSENGER services have resumed on the line between Walbrzych in southwest Poland and Meziměstí in the north of the Czech Republic. 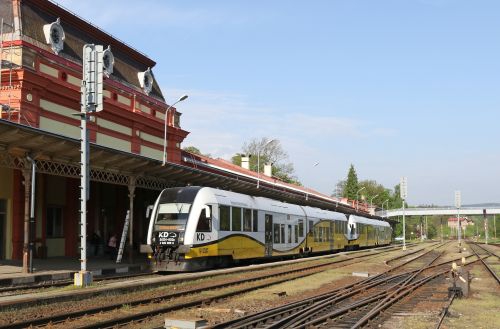 The trains enable day and weekend trips from Wroclaw and Walbrzych in Poland to popular tourist areas around Adršpach in the Czech Republic. The trains will run until September 2 with additional services operating on national holidays.

Cross-border passenger services ceased after the Second World War and were reintroduced in the early 1990s before being withdrawn again in 2003. In addition to the passenger trains the line also hosts a limited amount of freight traffic.