A majority in the Danish parliament has approved a revised version of the previously-threatened Togfond programme, which will use North Sea oil revenues to fund a substantial investment in the main line rail network. 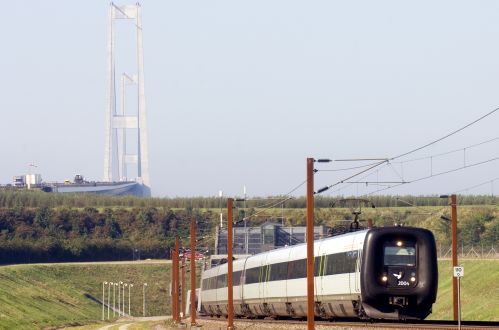 Togfond was originally unveiled in 2013 with the objective of electrifying most of the main line network and substantial reductions in journey times.

With falling oil prices and the current government’s reluctance to invest in rail, Togfond ran into political difficulties last year. However, one political party, which normally supports the government but was part of the original Togfond alliance, has opted to respect the agreement and this will enable the programme to continue, albeit in an amended form.

These revisions have been made because less money is available and new and more detailed costings by Danish infrastructure manager Banedanmark have exposed a 20% increase in prices.

In principle, the revision splits to programme into two phases. The goal of electrification and the one-hour model remains, but the completion date has been pushed back. The postponed sections will be debated again in 2019 after the next general election.

This means the electrification of Aalborg - Frederikshavn and Velje - Herning - Struer lines, the proposed branch to Billund Airport are pushed back into Phase 2. Construction of a new railway bridge across the Velje Fjord and the Skanderborg bypass line south of Aarhus have also been deferred. The latter projects were both important elements of the one-hour plan and key to reducing the journey time between Odense and Aarhus. They would also release capacity for improved regional services along the eastern coast of Jutland.
The national rollout of ERTMS, which to a certain extent, affects the scheduling of Togfonden projects, is already financed and continues as planned, (albeit with delays), as does the plan to purchase new electric trains.