THE Supervisory Board of German Rail (DB) has unanimously approved a request from CEO Dr Rüdiger Grube to terminate his employment with immediate effect. 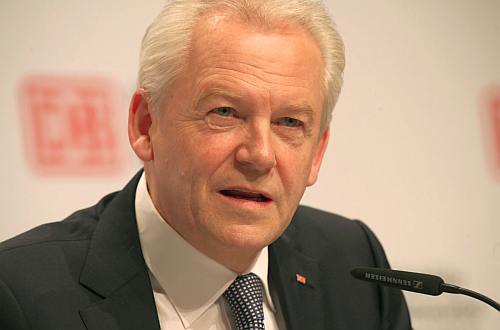 In a statement, the Supervisory Board thanked Grube for his “unusually great commitment” to the company over the last eight years, and confirmed that it will decide on a successor immediately. Chief financial officer Dr Richard Lutz will take over as chairman of the Executive Board.

Grube's contract was due to expire at the end of this year and he had been in talks with the Supervisory Board regarding a three-year extension to his contract. However, according to a report in German newspaper Handelsblatt, the board was only prepared to offer him a two year deal.