PUNCTUALITY on German Rail (DB) inter-city services continued to worsen in 2018, falling below 2017 levels and missing a target set in 2016 by more than 15%. 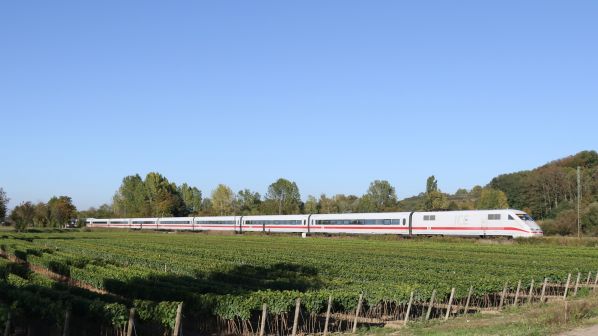 Three years ago DB Long Distance announced plans to significantly improve the punctuality of ICE and Intercity/Eurocity trains. Long-distance punctuality was 76% at the time, but through its Future Rail programme, DB planned to boost on-time performance to 81% in 2017 and 90% in 2018.

DB defines a train as on time if it arrives within 5 minutes 59 seconds of its scheduled time. By this measure, the 81% target was achieved in the first half of 2017 but punctuality tailed off significantly in the second half and DB averaged just 78.5% for the full year. Figures for 2018 were even worse, with an average of 74.9% of trains running on time, a reflection of major challenges facing the operator over the last year.

DB Long Distance is carrying more passengers than in 2016 and has had to deal with major disruption, including the impact of a fire on an ICE in October 2018, which not only closed the Frankfurt - Cologne high-speed line for several weeks, but also prompted the systematic inspection of all similar trains, reducing the size of the fleet available for service.

The ICE fire, and its impact, were a one-off event so might be expected to significantly worsen the figures; in fact, October’s performance was better than some other months.

The nature of the German network with multiple major routes connecting at key hubs such as Hannover, Mannheim, Frankfurt and Cologne means that delays on one route can rapidly impact other parts of the system.

DB has suffered problems with rolling stock reliability across its long-distance fleet for some years and while Future Rail was supposed to have resolved the major problems, the fleet continues to suffer from poor availability.

DB is investing heavily in new ICE4 and IC2 trains to replace older rolling stock but will need to continue to maintain and operate most of its legacy fleet for much of the next decade.

While DB Long Distance suffers from persistently poor punctuality, most passenger trains in Germany are achieving much stronger on-time performance. Punctuality for regional and S-Bahn services was 94% in 2018 by DB's measure, a slight reduction from the 94.4% achieved in 2017.