GERMAN Rail (DB) passenger numbers showed a small decline in 2015 according to figures released this week by the German Federal Statistical Office (Destatis). 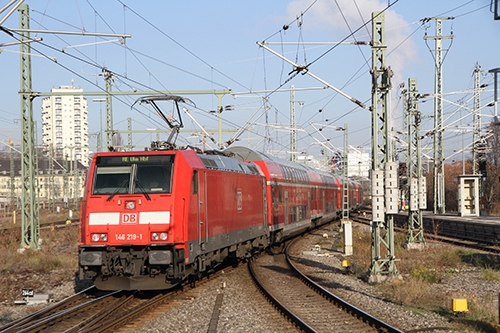 The impact of several months of strike related disruption to DB freight and passenger services was a decline in total rail passenger trips of 0.1% to 2.52 billion passenger journeys in a market where all other passenger modes showed increases.

Whilst freight tonnage carried by rail was down by 1% to 361.3 million tonnes in a growing overall market when measured as tonne-km DB saw an increase of 1.4% to 114.3 million tonne-km. The fall in tonnage carried by rail is a reflection of lower energy imports from neighbouring countries whilst the rise in tonne-km reflects the continuing growth of transit traffic, especially from the port of Hamburg to other European Union states. More than 200 freight trains now reach or leave the Port of Hamburg every day.