DB Regio to take over part of Vlexx network

GERMANY’s Vlexx has contracted former operator DB Regio to operate RB 73 regional passenger services between Saarbrücken and St Wendel on the Saarbrücken - Neubrücke route on weekdays from February 1 until December 12 2020. 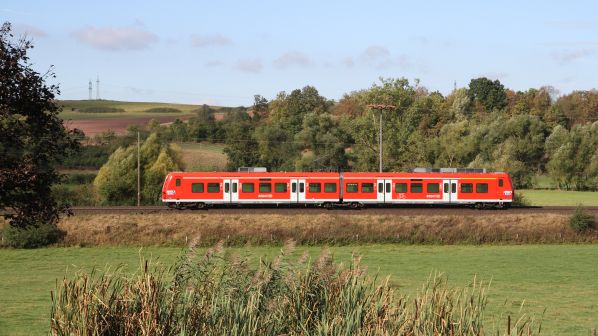 Vlexx took over regional services on the Saar Electric Network on December 15. However, the operator, a subsidiary of Netinera, which is owned by Italian State Railways (FS), has experienced problems with introducing the new contract, primarily due to the late delivery of 21 three-car Talent 3 EMUs from Bombardier, mirroring similar problems experienced by other German operators.

The trains were ordered in March 2017 and were all due for delivery by December 2019. But following the announcement of a delay in June 2019, Vlexx leased an alternative fleet of 12 class 425 four-car and eight class 426 two-car EMUs from DB Regio.

In addition, Vlexx, like other German operators, has struggled to recruit enough staff to operate the new trains, which forced the operator to begin the contract with a reduced timetable. Staff shortages has also led Vlexx to cancel a significant number of services.

To overcome the train crew issues, the Ministry of Transport for Saarland, in agreement with Vlexx, will supply four leased DB-owned class 426 EMUs to DB Regio for use on these services. The plan is for Vlexx to resume operation of the services with the new Talent 3 trains assuming they have been delivered.

Vlexx won two contracts to operate the Saar Electric Network in 2017. The 15-year deal covers services from Saarbrücken to Neubrücke, Lebach-Jabach and Homburg, as well as Illingen - Homburg services. In addition, Vlexx is operating DMUs on the branch line to Lebach-Jabach until electrification in 2024 when it will switch to electric operation.