GERMAN Rail (DB) is re-examining its options for the full or partial sale of its international passenger business DB Arriva and its global logistics subsidiary DB Schenker. 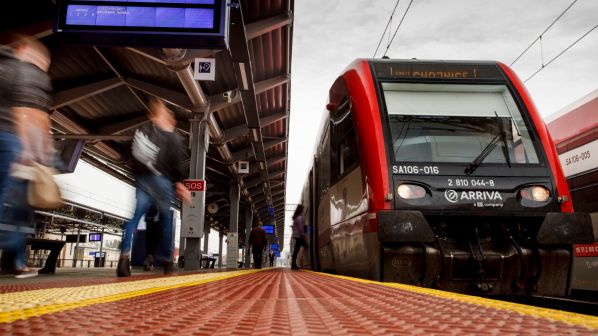 DB CEO Dr Richard Lutz told domestic media at the end of October that sales were possible, but the final decision would rest with the German federal government as ultimate owner.
Previous plans to sell stakes in both companies were scrapped in late 2016 following political opposition.

DB could reportedly generate up to €10bn if it disposes entirely of Arriva and Schenker. The latter subsidiary alone generates around a third of current DB group revenues. However, there has been no indication from the federal government that it would allow DB to fully divest itself of the two companies.

DB has an agreed debt ceiling and a policy to pay the German treasury annual minimum dividend, although in practice dividend payments have been reduced from the original target to €600m in 2016 and €450m in 2017.

DB’s debt burden is rapidly approaching the €20.4bn ceiling previously agreed as a maximum debt level with its sole shareholder, the German government. In early September Lutz warned management across DB that the group was facing serious financial problems which has led to a freeze on much non-operational spending.

In recent years DB has made most of its profits from the provision of infrastructure and energy via its DB Networks business unit and its German domestic regional rail business, DB Regio. However, neither can be considered a viable long-term source of investment funding.

While remaining profitable, DB Networks has limitations placed upon its use of these profits - essentially profits generated through track access charges must be ploughed back into Germany’s railway infrastructure and these funds cannot be used for investment in any of the DB operating businesses.

In the last six years DB has made less money from DB Regio than it did historically as competition for tendered regional passenger services in Germany has resulted in significantly-reduced margins. Crucially for the DB business model, much of the income attributable to rolling stock provision and maintenance has been removed from tenders completely with the awarding authorities choosing to provide their own train fleets and arrange contract maintenance for them.

The impact of these factors, plus continued losses at European rail freight business DB Cargo, means that DB will need to find new sources of cash to finance future investment without breaching its €20.4bn debt ceiling. In 2017, total DB debt stood at €18.6bn and the recent announcement of a further order for ICE4 high-speed trains will add around €1bn to this.

In the first half of this year, DB’s overall revenue grew 2.3% year-on-year to €21.6bn but operating profits - Ebit - fell 17.5% to €974m. As annual interest costs for the existing debt amount to around €800m, the cost of servicing the debt wipes out a significant portion of DB’s profits.

Net profit levels are therefore unlikely to fund dividends at the level foreseen in the agreement with government, let alone allow substantial investment in the operating businesses.