THE CEO of German Rail (DB) Mr Richard Lutz and his board presented a five-point plan highlighting the company's priorities in 2019 to the German Federal transport minister, Mr Andreas Scheuer, on January 17. 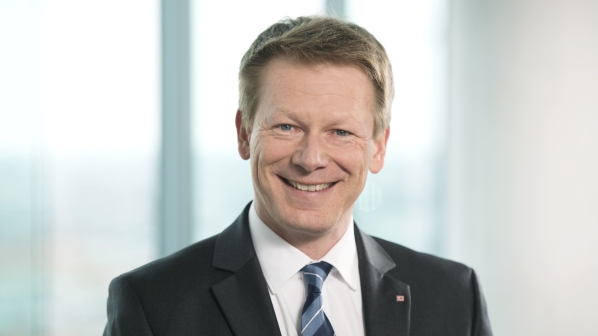 DB CEO Richard Lutz has outlined the company's strategy for 2019.

The plan comes against a backdrop of declining profitability in many of DB’s German activities due to competitive pressures, especially for regional train operation and long distance services, plus ongoing losses at freight subsidiary DB Cargo. Overall profitability declined in the first half of 2018 and is forecast to deteriorate further, despite increasing turnover. The DB group recorded €21.6bn of turnover for the first six months of 2018, up 2.3% from the same period in 2017.

Poor punctuality, especially for long distance services, continues to damage public perception of DB in Germany, although the overall market is vibrant with growth across the board in both passenger and freight.

Presenting his plans, Lutz stressed the need to invest further in additional capacity, removing bottlenecks in the network and purchasing new trains to replace older fleets. Discussions between DB and the federal government are set to continue in January to address the longer-term funding requirements of the rail network and DB’s strategy.

These discussions will no doubt include DB’s overall debt position. It was reported in mid-December that DB was planning an increase in its debt ceiling to €24bn, up from the €20.4bn previously agreed with its owner, the German government.

The five priority areas set out by DB for 2019 are:

Lutz set out a series of actions designed to improve rolling stock reliability - itself a major cause of delays or cancellations - including employing 200 more technical staff at the major ICE depots in Cologne and Hamburg and increasing capacity at the DB Krefeld works which overhauls many long distance trains. DB is aiming for 225 ICE trains to be available daily in 2019, an increase of 5% compared with 2018. This will be possible in part due to improved maintenance increasing availability and by retaining older trains as new ICE 4 trains enter the fleet throughout the year.

Lutz also presented plans to better manage the impact of network maintenance and enhancement work on long distance trains, promising that more trains will be able to use their scheduled routes because DB Networks will have more staff at worksites and use higher output track machines so work takes less time and causes less disruption. More than 800 worksites will be affected in 2019.

Lutz highlighted that DB and the federal government will spend €10.7bn in 2019, €1.3bn more than in 2018. Of this around €1.1bn will be spent on the roll-out of “digital railway” technology such as ETCS. DB says it plans to recruit and train around 22,000 new staff to fill existing and new vacancies - especially for maintenance staff and train drivers where serious shortages currently exist in some parts of Germany.

DB plans to expand its digital passenger information/retail offers and upgrade information systems at 80 more major stations (some of the biggest received new systems in 2018). DB plans to offer new and better service at its 650 onboard ICE restaurants or IC Bistros, often a source of passenger dissatisfaction due to insufficient stocks of food or drink or equipment failure.

DB has introduced around 4% more seat kilometres to its long distance network since the December timetable change and will introduce new ICE 4 high-speed trains built by Siemens and new IC2 double-deck push-pull trains built by Bombardier throughout the year. 15 ICE4s and 10 IC2s entered service in December offering 20,000 additional seats for the long distance fleet. New additional services on the “booming” Berlin - Munich high-speed route plus new IC services to Gera and Jena were introduced in December.

Lutz says DB is determined to redevelop DB Cargo into a successful rail freight company and DB plans to reverse the cuts of recent years, recruiting more personnel and adding additional investment in more new locomotives and wagons. It is also planning a sales offensive to attract more customers. DB Networks also intends to increase the amount of traction generated by renewable energy - up from 57% in 2018 to 60% by end 2019.