Berlin-Brandenburg Transport Authority (VBB) has published a pre-information notice in the Official Journal of the European Union for the direct award of an interim contract to operate the ring line of the Berlin S-Bahn to DB Regio subsidiary S-Bahn Berlin. 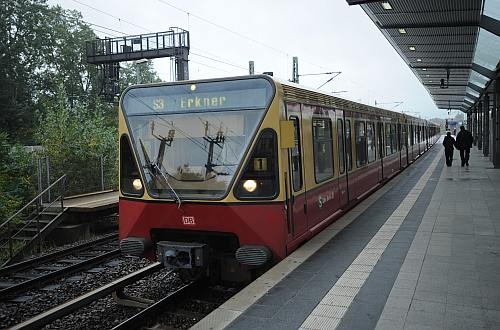 The contract starts in December 2017 and covers the operation of around 9.4 million train-km on the following routes:

The contract includes an option for an extension.

VBB originally intended to award a 15-year contract for the operation of these lines starting in 2017, which would include the introduction of new rolling stock. However, because of the complexity of procuring and commissioning a large new fleet of specially-designed trains for a technically-unique network, the Berlin Senate decided that it would not be feasible for bidders to introduce the new EMUs by 2017 and decided instead to award an interim contract to the incumbent operator. This will allow time for a gradual transition to the new fleet.

A prototype train is due to be delivered in 2019 and following trials the new trains are expected to enter service on Line S47 by November 2020. This means that the 30-year-old class 480 sets, which were due to be withdrawn in 2017, will now remain in service into the 2020s.

As a stopgap measure, up to €160m will now be spent on modernisation of the existing class 480 and 485 sets used on the ring line pending the delivery of new trains.