GERMAN Rail (DB) announced on September 20 that it will place an order for 30 high-speed trains and cut the price of inter-city tickets by 10% after the federal government cut VAT on long-distance rail fares from 19% to 7% as part of a broader package of measures to combat climate change. 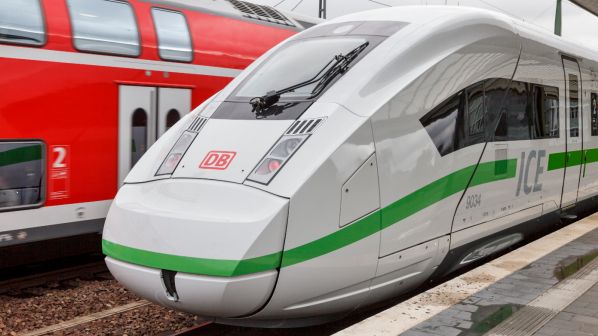 The additional 300km/h trains will be delivered by the end of 2022, providing 13,000 additional seats per day. Together with the 74 ICE 4 sets already on order, this will expand DB’s ICE fleet from 282 to 386 trains over the next three years.

DB forecasts the reduction in VAT will increase annual ridership on long-distance services by around five million. The cheapest ICE fare will fall to €13.40 with the BahnCard, which DB says is the lowest standard ticket price in real terms since the creation of DB AG in 1994.

The 7% VAT rate will apply to all journeys of more than 50km, a reduction which has been already been applied to shorter-distance rail travel in Germany.

"I'm sure that more attractive prices will trigger more demand,” says DB CEO Dr Richard Lutz. “We will pass on the reduction to our customers and also waive a price increase.”

Under its ‘Strong Rail’ strategy, which was unveiled in June, DB aims to increase long-distance capacity by up to 100% and double passenger numbers to 260 million a year.

The strategy aims to support the federal government’s greenhouse gas reduction targets by stimulating a modal shift of freight and passenger traffic to rail. DB also plans to switch all traction energy to renewable sources by 2038.

Earlier this month DB signed a five-year contract for renewable energy from the Nordsee-Ost wind farm located off the northwest coast of Germany.

The VAT cut is part of a package of measures agreed by Germany’s coalition government on September 20 which will inject €54bn into the fight against climate change by 2023.

In June, the Community of Railway and Infrastructure Companies (CER) called on governments across Europe to end the tax-free status of aviation fuel to promote less polluting forms of transport.

The government’s announcement came as thousands took to the streets in cities across Germany as part of the global climate strike.