GERMAN Rail (DB) board member for infrastructure and services Dr Volker Kefer has unveiled details of plans to spend a minimum of €28bn over the next four years on maintenance and investment in Germany's mainline rail network. 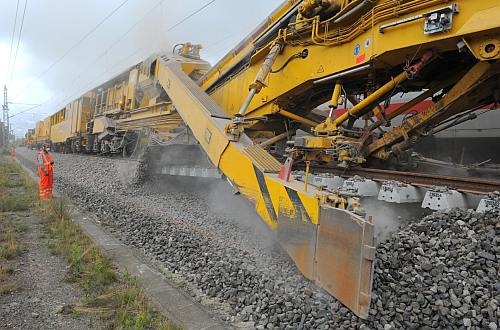 DB will provide the remaining €8bn (equivalent to €1.6bn per year) from its own resources.

LuFV2 therefore provides a 22% increase in funding compared with LuFV1, which covered the period 2009-14.

"The increase in funding is essential to ensure high performance and future-proof our rail infrastructure," Kefer says. "This is the largest modernisation programme in the network's history. Such a large volume of work needs to be well-planned and we have been preparing for this since 2012."

Over the next four years DB plans to replace 17,000km of track and 8700 switches and crossings as part of the €12bn track programme, while €3bn is allocated to maintenance works on at least 875 bridges. €4bn will be spent on signalling and train control and €1bn is allocated to tunnel refurbishment works.

Infrastructure spending will increase from around €4.6bn this year to €5.3bn in 2015 and DB Networks plans to renewal 3800km of track, 2000 switches and crossings, 2.5 million sleepers, and around 4 million tonnes of ballast.

Key projects for 2015 include:

Upgrading of the Ingolstadt – Munich line for 200km/h operation.