DENMARK's transport minister Mr Magnus Heunicke officially launched preliminary construction on September 2 on a DKr 9.3bn ($US 1.64bn) project to rebuild the 115km Ringsted – Holeby line, which will become the main rail link between Scandinavia and Germany when the 18km Fehmarnbelt Fixed Link opens in 2021. 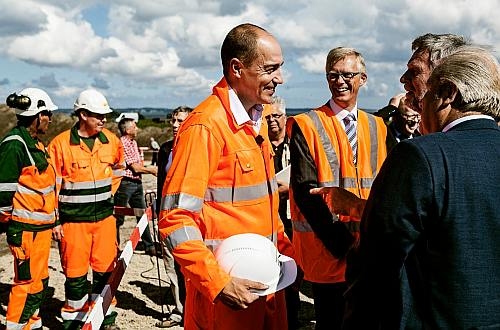 The project involves upgrading the line for 200km/h operation, construction of a second track on the section between Vordingborg and Holeby (with the exception of the Storstrøm Bridge, which will remain single track), rebuilding of 100 bridges, electrification, and refurbishment of stations. In addition the line will be equipped with ERTMS and a 4km deviation will be constructed north of Glumsø to eliminate sharp curves on this section.

Major construction is expected to begin on the project next year.

The route will be 160km shorter than the line via Padborg and it is expected that most freight and passenger traffic between Hamburg and Copenhagen will run via Fehmarn.

As well as accelerating international services, the rebuilding of the line and the construction of the Copenhagen – Køge Ringsted high-speed line will reduce journey times for domestic services to southern Zealand and Lolland. Copenhagen – Naestved will be reduced by 15 minutes to 34 minutes while Copenhagen – Nykøbing will be cut by 35 minutes, reducing journey times to less than an hour.