DANISH State Railways (DSB) has awarded a multidisciplinary framework contract to support the automation of Copenhagen’s 170km S-Bane network to a joint venture of Cowi, Parsons, Systra and Implement Consulting. 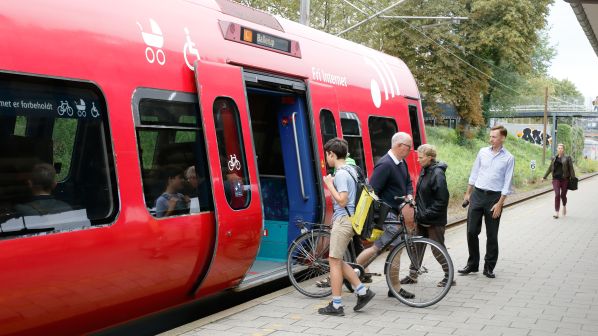 Under the eight-year contract, which has options for two six-year extensions, the joint venture will plan and support the migration of the S-Bane network to fully automatic operation using CBTC at GoA 4.

The automation project is closely linked to the ongoing upgrade of signalling on the network to CBTC, as well as the planned replacement of the current S-Bane fleet, which will reach retirement age in 2026.

Siemens is installing CBTC across the entire S-Bane network under a €252m contract awarded in 2011. The S-Bane’s Farum and Ring lines were commissioned on January 25, taking the total rollout to 43%. CBTC has been active on the Hillerød - Jægersborg section since 2016, and the Jægersborg - Klampenborg, and Svanemøllen - Ryparken section since 2019. Work on the remaining sections is expected to be completed in 2022.

The automation project is intended contribute to growth and improve mobility in the Greater Copenhagen area, as well as increase capacity and encourage more passengers to choose green public transport.

“Establishing a fully automated S-train system is an extensive and crucial project that will benefit passengers in the future, while representing a key element in updating public transit in the Greater Copenhagen Area,” says Mr Jesper Andersen, programme manager for DSB.

“Mass transit is an important component of any city’s mobility programme,” says Mr Pierre Advani, vice-president of rail transit solution Europe at Parsons. “This project will improve community connectivity in the city of Copenhagen, while providing great economic and operational improvement values to the city and DSB.”