DUTCH secretary of state for infrastructure Mrs Wilma Mansveld has announced that the government will grant €200m to South Holland to extend the R-Net network of high-quality public transport services around the Randstad conurbation. 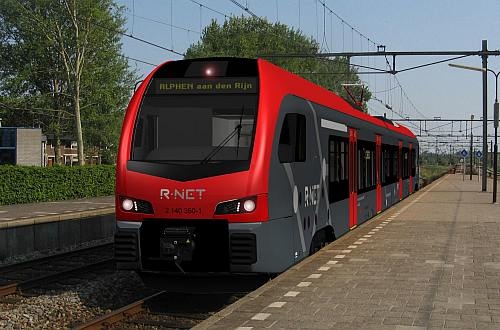 The agreement to extend the network to Gouda, Alphen-aan-den-Rijn, Leiden, Katwijk and Noordwijk-aan-Zee encompasses the first mainline R-Net rail services, including additional Netherlands Railways (NS) Sprinter services and regional services on the Gouda – Alphen line, which will be operated by NS subsidiary Abellio under a contract awarded by the South Holland provincial government. Abellio will use a fleet of two-car Stadler Flirt 3 EMUs, which will carry R-Net livery, when it takes over operation of this line in December 2016.