THE Dutch government is planning to bring Prorail under direct control of the Ministry of Infrastructure and end the infrastructure manager's current status as an independent (albeit state-owned) company operating under private law, according to draft ministry policy papers which have been leaked to the Dutch media. 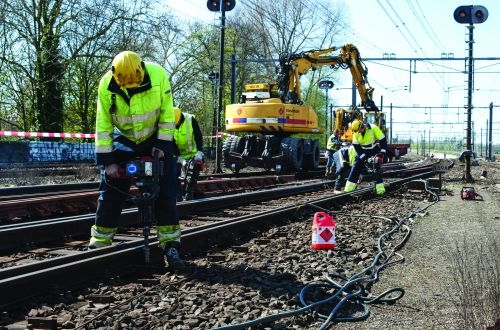 Secretary of state for infrastructure Mrs Sharon Dijksma has expressed concern over the financial challenges and perceived poor performance of Prorail, which has come under scrutiny in the wake of the 2015 parliamentary inquiry into the Fyra crisis.

Around 40% of delays and cancellations on the Dutch national network are reportedly caused by infrastructure problems and Prorail is facing a €475m shortfall in its 2018-2028 maintenance budget. The financial management of Prorail has also been sharply criticised in an external audit.

The plan for profound changes in the structure of rail infrastructure management, which is still being developed, appears to be part of a wider government strategy to shake-up the railway sector.

A key element of this is the future model for the passenger sector, and four options are currently being evaluated. These include:

The Dutch government is expected to make a decision during the autumn. It is unclear what impact this review will have on the future of NS's core network concession, which will be subject to a mid-term review in 2019.