IN an unexpected move, the Dutch Environmental and Transport Inspectorate (ILT) has banned Vossloh G1206 and G2000 diesel locomotives from operating light engine on the Dutch railway network. 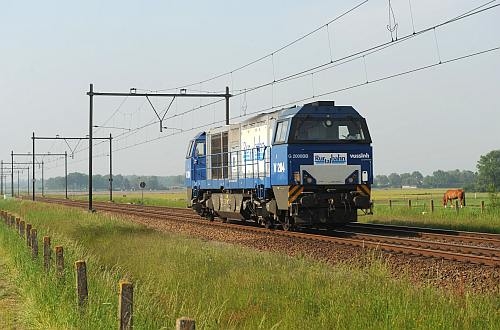 ILT has now stipulated that G2000 and G1206 diesel locomotives will only be permitted to run in formations with at least eight axles. How long the situation will persist, and whether restrictions will be lifted is unclear. ILT is investigating whether the fault originated in the infrastructure or on the locomotives.

Both types have operated for more than 10 years on the Dutch network.