LOCAL authorities in southeast England backing the East West Rail (EWR) link from Oxford and Aylesbury to Milton Keynes and Bedford are warning that the project could be delayed by between three and seven years under a review of infrastructure manager Network Rail's (NR) enhancement programme. 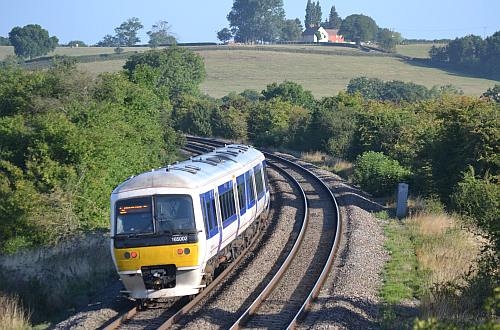 The review by NR's recently-appointed chairman Sir Peter Hendy is seeking solutions to significant overspending in enhancement projects, most notably the Great Western electrification programme, which were due to be carried out during the 2014-19 funding period (Control Period 5).

The western section of EWR from Bicester and Aylesbury to Milton Keynes and Bedford is currently due for completion by March 2019 but in a statement issued on November 3, the East West Rail Consortium (EWRC) says it understands a draft recommendation has been made to deliver the project in three phases, which will be completed considerably later than the current schedule: Bicester to Bedford in 2022; Aylesbury to Milton Keynes in 2024; and Aylesbury to Princes Risborough in 2026.

EWRC says the recommendations are based on "both cost and deliverability issues" which emerged following an initial public consultation on the project.

Local authorities have already spent more than £5m on EWR and have committed a further £45m to the project. The consortium is now seeking talks with Hendy and NR CEO Mr Mark Carne.

The first phase of EWR, a £320m project to upgrade the Oxford - Bicester line and link it to the Banbury - London Marylebone line, was completed last month.