French government will offer up to €450m to support wagonload freight. 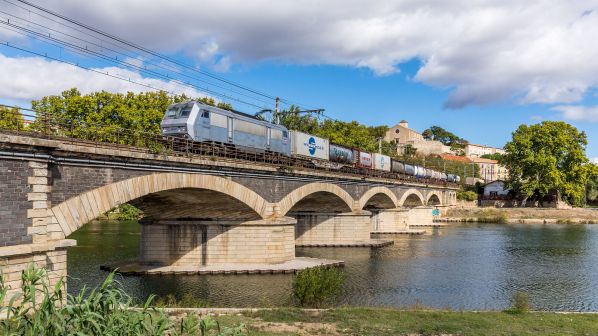 THE European Commission has approved a French plan to promote wagonload services to encourage modal shift from road to rail.

The government will be allowed to offer up to €450m in aid during the programme, which will run until December 31 2025. The subsidies will cover 30% of the cost of first and last mile services between private sidings and yards where long-distance freight trains are marshalled.

The regulation applies retroactively from June 1 to the end of 2022. Total subsidies for each freight operator will not exceed the sum available each year.

Fret SNCF is by far the biggest operator of wagonload services in France and has reported a rise of 10% in traffic so far this year, with overall freight traffic up 8%, mainly due to modal shift. Intermodal traffic has risen by 15%.

The EU has also announced that it will allow France to subsidise the freight service carrying refrigerated fruit and vegetables from Perpignan to the Île-de-France region.

The train carries agricultural products to the Rungis wholesale market outside Paris. The French government is funding the project with €12.06m. The service will be lengthened to 14 wagons in November.

Plans for a Perpignan - Gennevillers (Paris) piggyback service have been replaced by a Sète - Valenton (Paris) train which will initially run three times a week but will eventually be increased to six times a week.