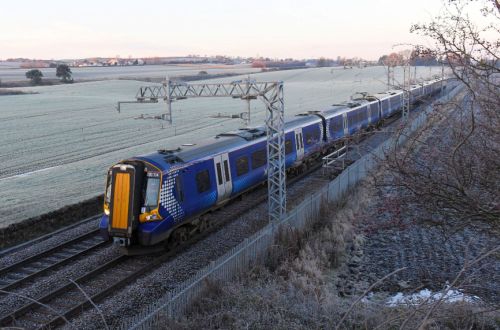 Class 380 EMUs are being used on the route pending the introduction of new class 385s next year.
Photo Credit: ScotRail

ScotRail has replaced the class 170 DMUs previously used on these services with class 380 EMUs, although the use of these trains on the route is a temporary measure pending the introduction of new Hitachi class 385 EMUs next year.

The launch of electric services enables the operation of seven-car trains, increasing capacity on the key route between Scotland’s two largest cities.

Hitachi Rail Europe is supplying 46 three-car and 24 four-car class 385 sets for services in central Scotland under a £370m contract awarded by ScotRail’s parent company Abellio in March 2015. Most of the trains will be assembled at Hitachi’s Newton Aycliffe plant in northeast England.