NETWORK Rail (NR) announced on November 5 that it has signed contracts worth a total of £250m with Costain and Morgan Sindall for electrification and associated works on the Edinburgh – Falkirk High – Glasgow Queen Street line as part of the £742m Edinburgh-Glasgow Improvement Programme (EGIP). 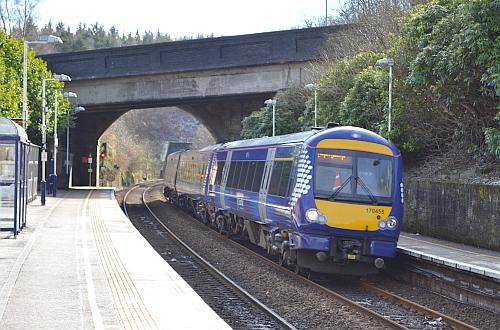 Piling works to create foundations for catenary masts began this week and is due to be completed by the middle of next year. Electrification between Edinburgh and Glasgow is scheduled for completion in 2016.

The contract is worth £137m to Costain and £113m to Morgan Sindall and in addition to electrification it includes gauge clearance works in Winchburgh tunnel near Edinburgh, rail infrastructure works on the approach to Glasgow Queen Street, and platform extensions at Croy, Falkirk High, Polmont, and Linlithgow stations.

Under the alliance agreement between NR and the two contractors, all three parties will share any end-of-contract losses or profits when the work has been completed. This risk share model is intended to encourage greater collaboration between the members of the alliance.

Following electrification a new fleet of Hitachi trains will be introduced on the route from December 2017.