GORAIL, the only operator of regular passenger services between Estonia and Russia, has announced it will withdraw all of its remaining cross-border services next month. 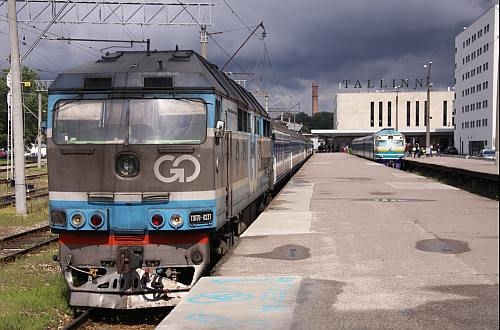 Overnight services from Tallinn to Moscow will cease on May 18, with the final Moscow – Tallinn working scheduled for May 19.

GoRail operates the Moscow service using its own rolling stock and locomotives in Estonia, with Russian Railways (RZD) providing traction in Russia. St Petersburg trains are operated by GoRail DMUs.

In February GoRail cut services on the Tallinn Baltic – Narva – St Petersburg Vitebsk route back to just two return trains per week, blaming political tensions and the declining value of the Rouble for a reduction in the number of tourists visiting Estonia.

The international passenger service on the 380km Tallinn – St Petersburg route has led a chequered existence over the last decade, having been withdrawn and reinstated on a number of occasions. The current GoRail service was introduced on an experimental basis in May 2012.