THE first meeting of the EU-Japan Industrial Dialogue on Railways, which was organised by the European Commission (EC) and Japanese government, took place in Brussels last week and provided officials with an opportunity to discuss railway-related topics arising from the continuing EU-Japan Free Trade Agreement (FTA) negotiations. 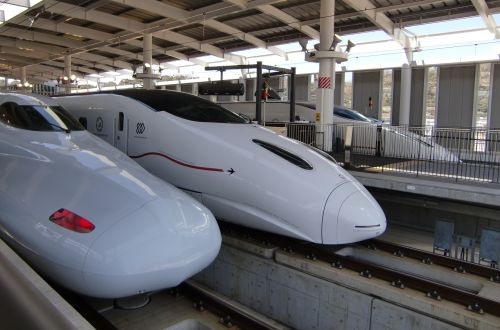 Among the issues discussed were technical regulations and safety standards, railway markets, and market access issues. The European Rail Industry Association (Unife) and Community of European Railways and Infrastructure Companies (CER), which took part in the discussions, both say they support industrial dialogue as an additional channel for discussions between the public and private sectors to provide effective and comparable railway market access conditions between the EU and Japan.

Last week's event built upon the work from previous workshops and events. This included a market workshop where Unife called upon the Japanese government to live up to its commitment to provide transparent, predictable and non-discriminatory application of the Operational Safety Clause.

Unife also recommended improving procurement processes in Japan, including for Japanese companies to post information on upcoming and previously-awarded tenders on their websites, while CER says it supports the FTA as long as it opens up opportunities for market players on both sides. CER says it believes there is a need to intensify the level of mutual cooperation between the EU and Japan in order to ease the process of accessing a market where a particular company is not already established.

Both organisations support the involvement of DG Move and the European Railway Agency (ERA) in the discussions and are in favour of future meetings which will facilitate the negotiation process.

"European railway companies are open to a discussion with Japanese enterprises," says CER executive director Mr Libor Lochman. "CER members provide a lot of services of interest to Japanese operators, such as feasibility studies and staff training. I am therefore convinced that the FTA will bring business opportunities for our sector. European railway undertakings are definitely in a position to make use of them."

The meeting took place ahead of this week's fifth round of FTA negotiations, which marks the end of the first year of discussions. Next month the European Commission (EC) will take stock of Japan's implementation of commitments to eliminate non-tariff barriers to decide whether to pursue negotiations.