A STUDY by the International Association of Public Transport (UITP) of urban public transport usage in the European Union (EU) between 2000 and 2012 shows that ridership has now recovered since the slump in 2009. 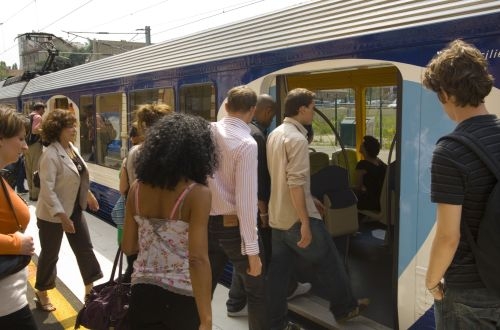 A total of 49.5 billion trips were made by bus, metro and light rail in 2012, slightly ahead of the previous peak of 49.3 billion in 2008.Traffic slumped by 1.7% to 48.5 billion in 2009 with the onset of the economic crisis and has recovered at a constant rate since then. Traffic had been increasingly steadily from 45.6 billion in 2000 to 47.1 billion in 2005, in line with urban population growth. But ridership grew at a faster rate than population during the next three years suggesting the increasing attractiveness of public transport.

Total traffic including suburban rail reached a new record of 56.8 billion journeys in 2012, of which 56% is bus, 16% metro, and 14% each for light rail and suburban rail. However, in Austria, Croatia, the Czech Republic, France and Germany more people travel by urban rail than bus. In the 16 member states with metros, these systems attract a higher share of passengers than other modes. Metro journeys account for a quarter of all urban trips in Austria, France and Spain, for example.