RAIL safety is continuing to improve despite the frequency of accidents remaining steady, the International Union of Railways’ (UIC) annual report on railway accidents in Europe shows. 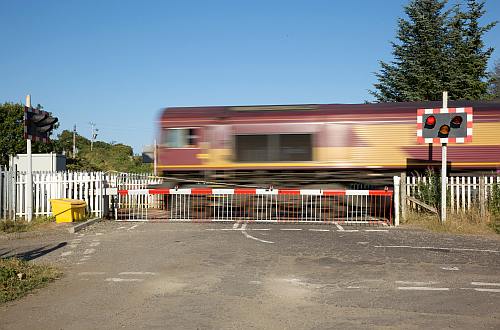 The database contains information from 24 UIC members from Europe and the Middle East collected since 2001. Turkish State Railways (TCDD), Islamic Republic of Iran Railways (RAI), and Irish Rail (IE) were included in the report for the first time and provided data from 2012 to 2017, allowing the UIC to revise its historical figures.

The report found 51% of significant accidents are caused by unauthorized access to the railway and 24% by level crossings, while 5% involved passengers injured on the platform. Railways were at fault for 16% of accidents, caused by technical, organisational or human failure, while 3% were caused by weather or environmental influences.

The UIC recorded 972 fatalities in 2017, down 126 from 1098 in 2016. Of those, 732 were individuals hit by or falling from a train, down 66; 275 were involved in a level crossing accident, up 7; and 91 were classed as other, down 67. While the number of accidents at active level crossings is slowly decreasing, the UIC expressed concern at the reverse trend at passive level crossings since 2015.

The UIC says the clear decrease in staff victims seems to have levelled out between 2014 and 2018 to an average of 68 per year, with infrastructure staff suffering the highest toll.

The number of train collisions fell by a third between 2012 and 2016, while the number of derailments halved. Figures in both categories increased slightly in 2017, but were still at the low end of the scale. The 124 total accidents resulted in 10 deaths and 72 serious injuries. While two accidents were responsible for more than half of these casualties, 104 of these accidents - 84% of collisions and derailments - resulted in neither fatalities nor serious injuries.

The UIC Global Safety Index (GSI), where passenger and staff victims are weighted more heavily than trespasser victims and external causes, has levelled out between 2015 and 2017 after a strong drop between 2012 and 2015.