New Paris - Vienna and Zürich - Cologne - Amsterdam Nightjet services among the highlights of the new timetable which came into force on December 12. 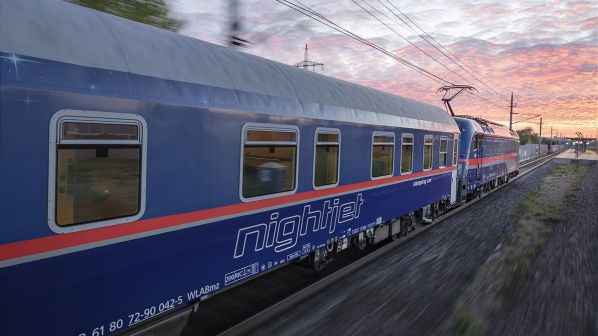 THE new 2022 timetable began in most European countries on December 12. But with no major new infrastructure opening on the main trans-European networks, changes are largely confined to domestic services.

Direct services between Budapest and Berlin via Prague were withdrawn. An alternative route is available with a change of train in Munich although this takes around an hour longer than the previous direct service and full fares are around €60 more expensive. The change is caused in part by large scale engineering work in the Czech Republic and may be reversed in future.

In Spain new private operator Ilsa will start its Iryo branded open-access services in the second half of 2022. National operator Renfe has announced plans to increase the number of its competing Avlo low-cost services by also adding new routes.

Renfe’s Barcelona - Toulouse AVE service has been withdrawn while high-speed services to Ourense will be accelerated following the opening of the Galician high speed line on December 21.

In Denmark all the remaining ME mainline diesel locomotives were withdrawn on December 11, replaced by new Siemens Vectron locomotives operated as DSB class EB.

In Poland, a number of new inter-city services were introduced by PKP Intercity, some of these restored inter-city services and direct links from Warsaw to cities which lost these connections in the 1990s, in some cases reopening lines to passenger services. Regional operator Lower Silesian Railways has reopened the line from Wroclaw to Jelcz-Laskowice via Wroclaw Nadodrze but the planned reopening of the longer Wroclaw to Swidnica line has been delayed until later in 2022 due to late running infrastructure work.

In Romania national operator CFR Calatori took over operation of some regional services around Timisoara previously operated by private company Regiotrans although CFR withdrew services on several lines elsewhere in the country for economic reasons.