EUROSTAR managing director Mr Mike Cooper says that plans to develop the Green Speed merger with Thalys are “progressing” with the final decision from shareholders expected in April 2020. If approved, Cooper says the objective is to implement the merger by 2021 after necessary regulatory and EU merger control approvals are secured. 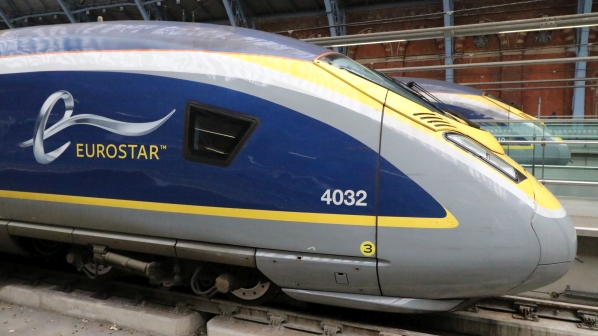 A special train operated from London to Paris on November 14 to mark the Eurostar's 25th anniversary.

Cooper says that developing direct London - Germany high-speed services are a key part of the strategy for Green Speed but would not be drawn on specific plans.

Cooper, who was speaking to IRJ during a special event to mark the 25th anniversary of the Channel Tunnel high-speed operator, added that the necessary inter-governmental agreements to enable through Eurostar Amsterdam to London services were drafted. However, the current “purdah” imposed on the British government due to the general election on December 12 means that they will not be finalised until a new government is in place.

Cooper said he hopes that a direct Amsterdam - London service would be introduced in 2020 but would not commit to a specific date. Eurostar had previously planned to begin direct Amsterdam - London services in December. Currently passengers making the journey are forced to disembark at Brussels South to clear security and immigration before continuing their journey to London.

Media and invited guests joined Eurostar management on a special train to Paris on November 14 to mark the anniversary. Eurostar presented the train as the first “plastic free” service, meaning that all disposable single-use plastic had been removed from use onboard.

A revised at-seat catering offer included serving drinks from glass rather than disposable plastic bottles and cans of water. Eurostar says the measures will cut the use of over half a million plastic bottles.

In addition, Eurostar says the introduction of a new catering offer from the onboard buffets in conjunction with London-based sandwich chain Benugo from November 6, all utilising recyclable non-plastic packaging, is as an important part of reducing the company’s environmental impact.

Eurostar already claims to produce 90% less CO₂ emissions than competing short-haul air routes, having reduced its own carbon footprint by 40% in the last 12 years. The operator’s passenger research also shows environmental impact - and efforts to reduce it further - are key attributes in attracting new customers.