THE President of the Generalitat of Catalonia, Mr Carles Puigdemont, has opened a 1.5km extension to the Catalonia Government Railways (FGC) Vallès Line with three new stations in the Sabadell area of Barcelona. 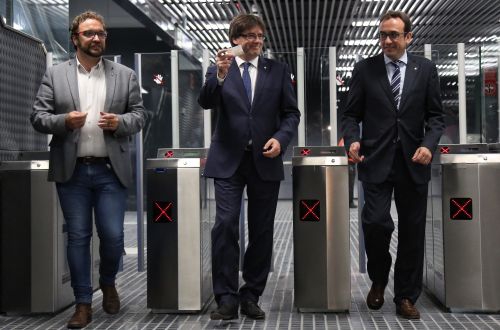 People were able to use the extension, which serves Can Feu-Gràcia and Plaça Major stations, free of charge after the opening ceremony. Scheduled services will begin on September 13.

A further 3.7km section and three stations will open in spring 2017, extending the line to Ca n’Oriac-Parc del Nord as well as a depot at Ca n’Oriac. The project represents a total investment of €430m.