A feasibility study into the construction of a rail tunnel under the Baltic Sea between the Finnish capital Helsinki and the Estonian capital Tallinn estimates the cost of the project at €13-20bn. 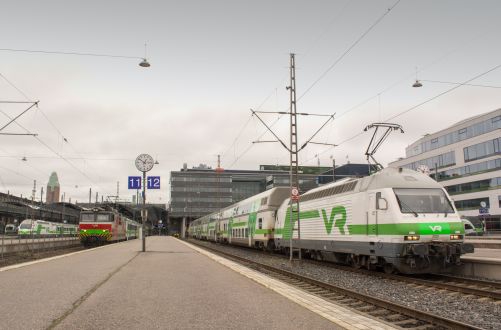 The FinEst Link tunnel would be constructed as two 10m-diameter single bores connected at intervals with an 8m-diameter central service tunnel. The concept includes two artificial islands, and three stations in Helsinki - City Centre, Pasila and Vantaa Airport - and one station at Ülemiste in Tallinn. The tunnel would be standard gauge to connect with the new Rail Baltica high-speed line linking Estonia, Latvia, Lithuania and Poland.

Demand in 2050 is estimated at 12.5 million passengers and 4 million tonnes of freight a year. A 20-minute interval peak-hour passenger service is envisaged with a 30-minute journey time.

While the project has a low cost:benefit ratio of 0.45 due to the high capital cost, its wider economic impact on GDP ranges from €4bn for the low scenario to €6.9bn for the base scenario.

“The tunnel would together with the Rail Baltica railway project and the Arctic railway line connect the Arctic region with the heart of Europe via Finland,” says Finland’s minister of transport and communications Ms Anne Berner. “The tunnel could thus be a significant project for all of Finland and Europe, not only for Helsinki and Tallinn.”

The Finnish government says the results of the study will be evaluated in more detail during the spring in order to determine how possible further work would be implemented and financed.