The new line will improve cross-border services to St Petersburg and potentially offer a through service to Moscow. 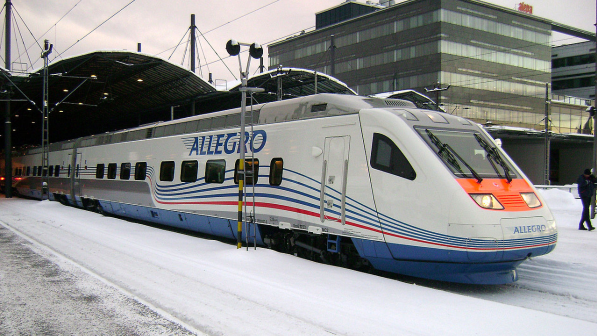 FINLAND’s Ministerial Committee on Economic Policy has approved plans to finance construction of a €2.65bn high-speed line to connect Helsinki and the Russian border.

The line will run from Helsinki via Porvoo and Kouvola to Vainikkala, on the Russian border, connecting the Finnish regions of Eastern Uusimaa, North Karelia and Kainuu, and providing a cross-border service to St Petersburg.

A new state-owned company will oversee the project, managing the design and financing of the line, which will be majority-owned by the Finnish government and the regional governments along the route.

Negotiations for the creation of the company are currently underway with municipal and state governments. The municipality of Porvoo, east of Helsinki, has already expressed its intention to provide €10m for the project.

The line will offer improved journey times between the Helsinki and Russia. Currently, a joint venture of national operators VR, Finland, and Russian Railways (RZD) operate the Allegro pendolino service between Helsinki and St Petersburg, offering a 3h 30min journey time. Allegro launched in 2010, with four services operating per direction per day.

The project is intended to connect with Russia’s planned 659km Moscow - St Petersburg high-speed line, currently scheduled for completion in 2026, and would enable six-hour journey times between the Russian and Finnish capitals.

The approval of funding for the project follows a meeting between Finnish foreign trade minister, Mr Ville Skinnari, and Russian government and RZD officials last month.

“Finland is interested in such a project that would help increase the flow of tourists in both directions, and we are ready to continue discussing this initiative with your government,” Skinnari said to Russian broadcaster RBC following the meeting.

The approval of the Helsinki - St Petersburg line follows the creation of the similar state-owned firm, Turku One Hour Train Project Company, to oversee the separate Helsinki - Turku high-speed project in November 2020. Feasibility studies for the project are underway, with a projected opening date of 2030.