TRIAL operation began on the new underground rail link beneath the Dutch city of Delft on November 1, when a Netherlands Railways (NS) VIRM EMU carried a group of journalists through the 2.3km tunnel. 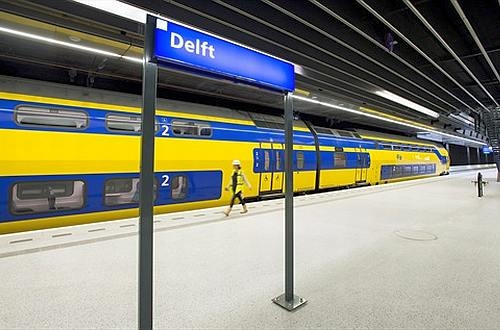 The €1bn tunnel will replace the double-track viaduct which currently cuts through through the centre of the historic city, freeing up land for the creation of new green spaces. The underground station will have 5000 bicycle parking spaces and 650 spaces for cars.

When the tunnel opens in the second quarter of next year it will operate with two tracks, but the tunnel and the station have been designed to enable the construction of two additional tracks.

Delft is situated on Rijswijk – Rotterdam line, the only remaining section of double track between Amsterdam and Rotterdam.