FRENCH president Mr François Hollande, French secretary of state for transport Mr Alain Vidalies and Italian infrastructure and transport minister Mr Maurizio Lupi signed an agreement to go ahead with a new €26bn railway linking Lyon and Turin during an international summit in Paris on February 24. 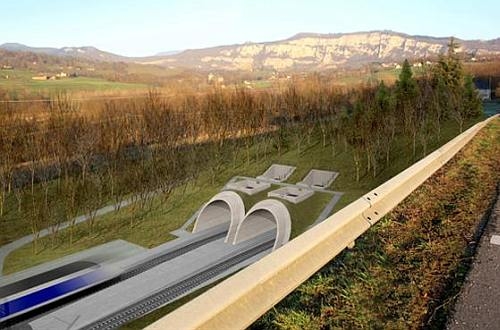 "We can now say the Lyon – Turin railway is not just in the pipeline, but has been launched," Hollande says. "It will take time to come to fruition but there are, as of today, no brakes on the project and no obstacles lying in the way of its completion."

This agreement follows the approval of the project by the Italian Interministerial Committee for Economic Planning (CIPE) on February 20, paving the way for an application for TEN-T funding from the European Union (EU). The French and Italian governments hope to secure up to 40% of the funding required for the project from EU sources.

The two countries have created a new company to manage the project, Euralpine Tunnel Lyon – Turin (TELT), which is a 50:50 joint venture between Italian State Railways (FS) and the French state. Former president of erstwhile French infrastructure manager French Rail Network (RFF) Mr Hubert du Mesnil has been appointed president of TELT, which held its first meeting in Paris on February 23 in the presence of Italian State Railways (FS) CEO Mr Michele Elia and Mr François Poupard, head of the French General Directorate for Infrastructure, Transport and the Sea (DGITM). TELT assumes the role of the former Lyon Turin Railway (LTF) committee.

France and Italy will seek to co-finance the €8.5bn base tunnel through the EU's Connecting Europe Facility (CEF) for 2014-2020, with up to €3.4bn coming from the EU, €2.2bn from the French government and €2.9bn from Italy. The deadline for submitting the application for CEF funding is February 26.