The €26bn Lyon - Turin high-speed line has moved a step closer to tendering after French president Mr François Hollande and Italian prime minister Mr Matteo Renzi signed a supplementary protocol in Venice on March 8 authorising the release of €8.4bn in funding for the initial stages of construction. 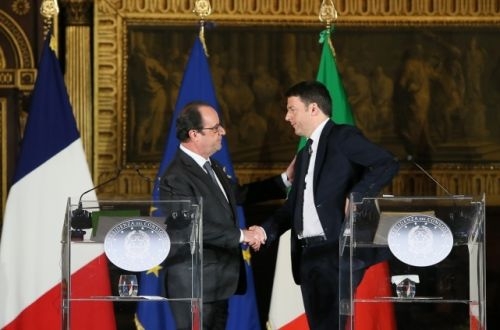 The protocol, which is expected to come into force at the end of this year, sets foundations for procurement and includes provisions to minimise the risk of mafia infiltration in contracts for the construction of the cross-border section of the route.

Under the agreement, the European Union (EU) is expected to meet 40% of the total project cost, with the Italian government committing 34.74% and the French government 25.26%. The EU has already committed €813.3m towards the project through the Connecting Europe Facility (CEF), equivalent to 41.1% of the €1.9bn required for construction works before 2019.

Implementation of the project is being managed by Euralpine Tunnel Lyon – Turin (TELT), a 50:50 joint venture between Italian State Railways (FS) and the French state. TELT says the ratification of the latest protocol by the French and Italian governments will enable it to begin tendering for construction contracts.

Preparatory works for the base tunnel are expected to begin in 2017, with major construction due to start the following year. The line is expected to open in 2028 or 2029, reducing Lyon – Turin journey times from 3h 30min to 1h 47min.