FRANCE's network of conventional Intercity services is facing a "fragile and uncertain" future according the National Federation of Public Transport Associations (FNAUT), which warns that weak governance and uncertainty over funding threatens the existence of the network. 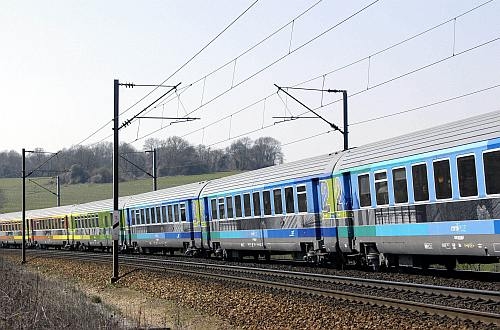 FNAUT says Intercity is an essential part of the railway network and argues that high-speed TGV and regional TER services cannot meet all the needs of passengers or the community.

In December 2010, the French government signed an agreement with French National Railways (SNCF) to revitalise the so-called balance of territory (TET) trains, a network of 40 loss-making long-distance services which despite carrying more than 100,000 passengers per day suffers from poor loadings in many areas with revenues failing to meet operating costs. Over the last three years operating losses have increased from €210m to €312m.

Nearly four years after the signing of the convention, FNAUT argues that far from improving the TET services SNCF and the government have failed to halt the decline with 10% of TET services being withdrawn since 2010.

FNAUT warns that if the current rate of decline continues, a quarter of the 20,000km interregional passenger network will be lost within a decade. The federation calls for the state, in partnership with regional governments to specify a minimum interregional rail network and argues that weak governance can be tackled by streamlining the "confusing" division of powers between SNCF, the regions, and the state.

FNAUT also estimates that around €3bn will be needed to provided these routes with modern rolling stock but it says a strategy for replacing the life-expired train fleet is currently "non-existent". It also criticises the use of unsuitable regional rolling stock on interregional trains, a practice which has become commonplace in some areas of France.

Broader transport policy is also blamed for "impoverishing interregional rail services, often at the expense of the poorest rail travellers," with FNAUT citing subsidies that benefit domestic flights and the development of interregional bus services as contributing factors.