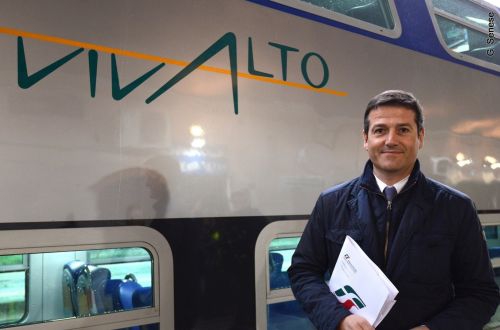 Mr Orazio Iacono has been appointed CEO of Trenitalia.

Iacono is currently regional passenger division manager and a member of the board of FS subsidiary Busitalia. FS says his appointment will strengthen FS’ efforts to develop integrated mobility with a focus on metropolitan areas. Ms Antonella D’Andrea has been appointed to the Trenitalia board while Mr Tiziano Onesti will continue as chairman of Trenitalia along with directors Mr Paolo Colombo and Ms Maria Rosaria Maugeri.

FS says the existing Trenitalia board of directors, which has been in place since December 21 2015, has “performed all the requested tasks in order to reorganise the company,” which include spinning-off the Cargo Division as Mercitalia Hub on January 1 2017, the establishment of Trenitalia UK and the acquisition of the c2c franchise in Britain from National Express.

Morgante will manage the expansion of the FS’ international business according to the objectives set out in the FS 2017-2026 industrial plan and will be responsible for the six foreign companies owned by FS.